GETTING READY TO RIDE!

From 2003 to 2009, the Grand Prix de Santa Fe was a very successful charity horse show created by equestrians Guy McElvain and Brian Gonzalez. Now, after six years without a show, the world class city of Santa Fe is getting ready to jump into the show ring with the newly acquired Equicenter de Santa Fe and a three week hunter / jumper show scheduled this summer from July 22nd through August 9th, with the finale being
the reincarnation of the $50,000 Santa Fe Grand Prix. The original partners of the previous horse shows, Guy and Brian, are back along with Double J Management
members Janet and Larry Hischer and Tim and Jodi Johnson, who together purchased the 137-acre Equicenter de Santa Fe, that was also previously known as the Santa Fe Horse Park, a popular place for local polo teams. 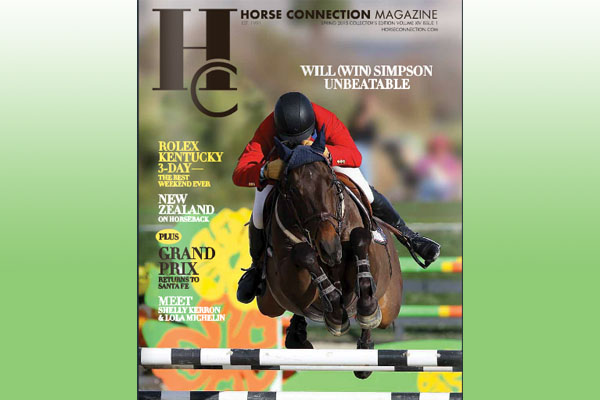 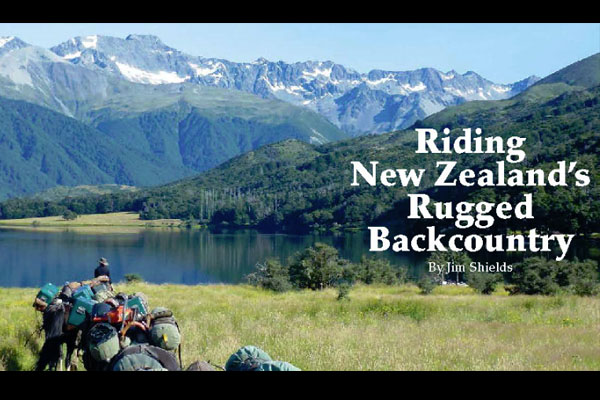 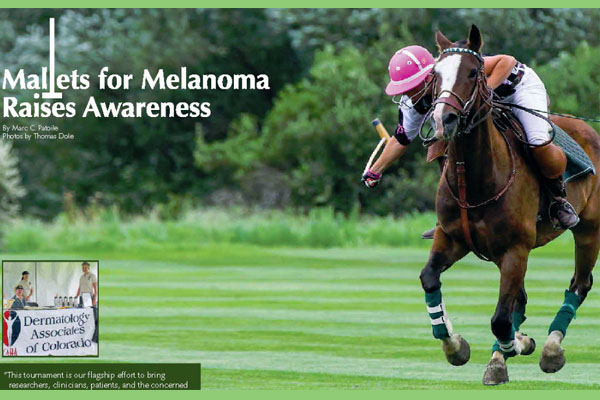 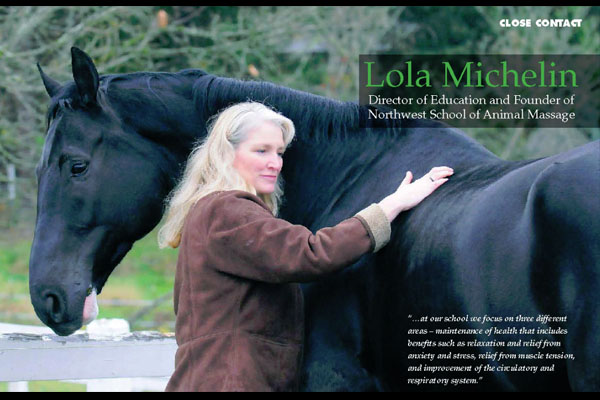 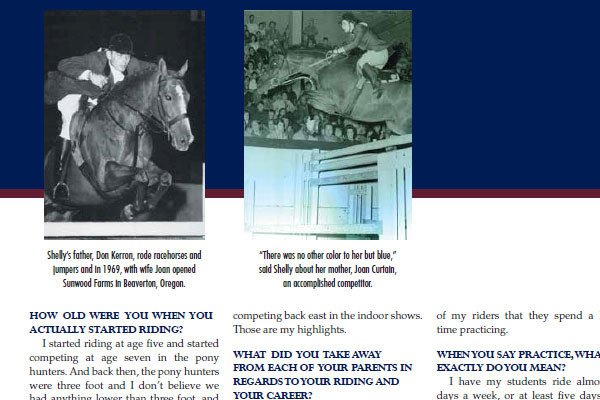 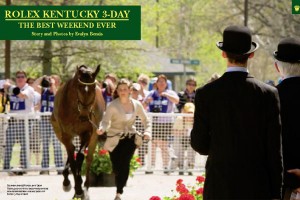 The Rolex Kentucky Three-Day Event has long been the pinnacle competition of Eventing in the
U.S. It has mythic status among riders, young and old alike. West Coast rider Gina Miles tells a
story of watching Rolex for the first time. She had such a strong conviction she wanted to ride there she talked the friends attending the competition with her into buying a young Irish horse. That horse was McKinlaigh and Gina not only rode him many times at Rolex, they capped their career together with a silver medal for the US at the 2008 Beijing Olympics. Kevin Keane, 60, is possibly the oldest amateur ever to successfully complete the Rolex CCI4*. Last year he debuted at the Four Star level on Fernhill Flutter after many years training with Phillip Dutton, while maintaining a veterinary practice serving some of the top names in the sport. 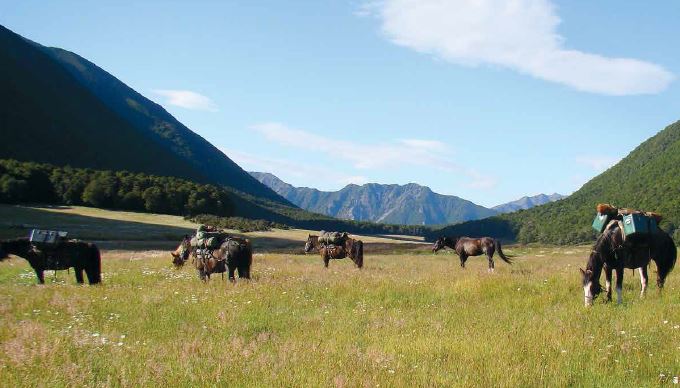 Clatter clatter clatter!  I jerked awake in my  sleeping bag – ”What was that and where the Hell am I’’? Coming awake I realized that this was the first day of a ride from Lake Tekapo 400 Kms to Waitohi Downs Station near Hawarden in Nth Canterbury, New Zealand. 15 of us from all over New Zealand and the USA, piled out of bed and joined Lawrie and Jenny O’Carroll and Yvonne Schuerpf in the kitchen of the sheep shearers quarters at Mt Gerald Station, Tekapo. The fire was crackling and a hot cup of tea was already brewed, and just as well, as an overnight snowfall had colored the tops of the hills and the air felt brand new and straight out of the fridge! Looking through the trees up to the cattle yards, we could see the horses eating their chaff for breakfast. Lawrie and Jenny O’Carroll are the owners of Waitohi Downs, home of
Alpine Horse Safaris. Both Lawrie and Jenny have been involved with horses all their lives, and each contribute different parts of their knowledge to the smooth running of the safaris. In addition to the work on the farm, Lawrie cares for and trains the horses to make them a pleasure for people to ride, while Jenny concentrates on keeping the business side going and cooking and baking to feed those hungry mouths once the day’s riding is finished. 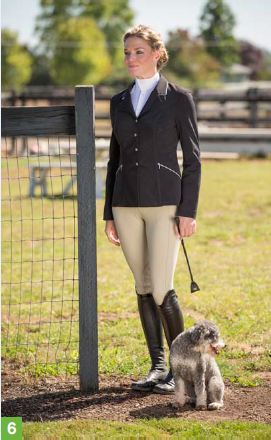 Here at HC, we think that personal style and fashion begin from the ground up.   After all, form and function need a foundation and we think that these products are  the perfect start to creating a fashion statement that covers you from top to bottom. 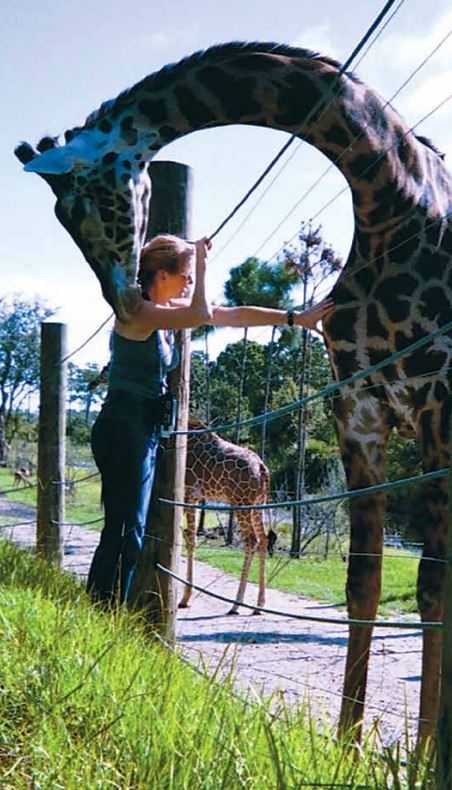 The Northwest School of Animal Massage was founded in 2001 to meet a growing demand for approved training programs in canine and equine massage in the State of Washington. Headquartered on Vashon Island, just across the sound from Seattle, the NWSAM has now expanded to 15 satellite campuses across North America and attracts students from as faraway as Japan and Australia. Horse Connection sat down with founder Lola Michelin to learn about the school, about her, and to find out what is the most difficult animal to massage. What motivated you to start NWSAM? I started out as a vet tech and studied animal science at Michigan State. During that training I learned about animal massage – specifically equine massage and then later in life when I moved to the Pacific Northwest I studied human massage. So my experience in both human and animal massage led me to start the school. READ MORE 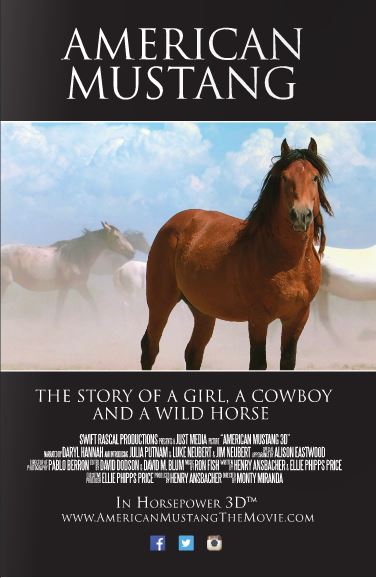 I have been passionate about the survival of our wild horses in the American West, publishing articles about the cruel and senseless management practices of the herds since 2006. It has been a sad and depressing campaign following the plight of these icons of our Western heritage. And to be honest, I felt a sense of hopelessness this year when the National Academy of Sciences (NAS) released its long-awaited report on the Bureau of Land Management’s (BLM) wild horse management program.

The NAS report eviscerated the failed management practices of the BLM stating that, “The Wild Horse and Burro Program has not used scientifically rigorous methods to estimate the population sizes of horses and burros, to model the effects of management actions on the animals, or to assess the availability and use of forage on range lands.” It shouldn’t take the nation’s leading scientists to point out that rounding up tens of thousands of wild horses with helicopters from our public lands and stockpiling them in holding facilities, at an enormous cost to the American taxpayer, and great benefit to the ranching and livestock industry, is a really bad plan.

And what has me feeling hopeless and depressed is that the Secretary of the Interior, Sally Jewell, has pretty much blown off the report—barely commenting on it or taking action regarding the recommendations laid out. And the real kicker is that Jewell has a science background with a degree in mechanical engineering and yet ignores the science behind the NAS report. Ellie Phipps Price, Producer of AMERICAN MUSTANG, and partner Chris Towt with Dunstan, a mustang who is the namesake of the couple’s winery at the Durell Vineyard in Sonoma, CA.