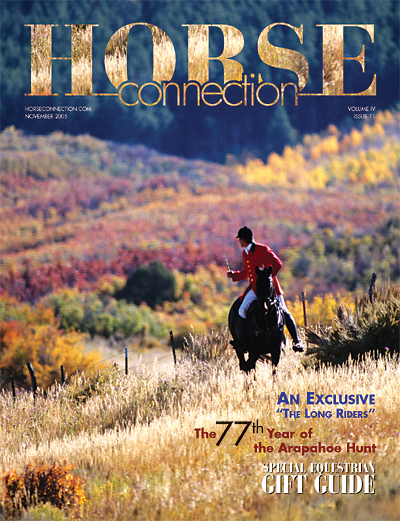 Rodrigo Pessoa and his legendary Baloubet de Rouet rolled the dice for the second time this year in Las Vegas and walked away with a jackpot. The Inaugural Las Vegas World Invitational invited 25 of the world’s top riders for two days of thrilling competition and a whopping $1 million dollars in prize money.

The organizers of the Las Vegas World Invitational, Equus Entertainment In Sports, had a vision that would create a great sporting event to showcase the excitement and thrills of show jumping. After several years of effort, they were able to realize their lofty goal. While the process of building a large audience for the event is just under way, the event holds great promise for becoming one of the world’s top show jumping competitions.

To compete for the largest show jumping purse in the United States, riders went head-to-head in four separate classes, the richest being the $750,000 Las Vegas Invitational Grand Prix. Friday evening’s competition started with the “Knockout” competition, a head to head speed competition where two teams of horse and rider jump identical courses. The fastest team continues on to the next round. Although the crowd was small they cheered every pair, but exploded during the last round when American Georgina Bloomberg blew away the field to take the top prize.

The second class, the $75,000 Martin Collins Casino Classic Grand Prix was just as exciting with 15 of the 25 riders returning after the first round for the jump-off. What a treat it was to see the cream of the crop jump a second shortened course by the renowned course designer, Olaf Peterson. After many of the riders had jumped around at breakneck speed, including crowd favorite Anne Kursinski who was in the lead, it was Pessoa and his mount that did the one inside turn that hadn’t been attempted. The risk was worth it, as the final two riders could not match Pessoa. Once again, he had gambled correctly and walked away with his first win of the weekend.

Saturday evening’s competition began in the fast lane with the Ride and Drive competition. What a blast this was to watch! Riders first negotiated a course of eight grand prix showjumping fences with their speed horses. Then they flew off their horses’ backs and into Cadillacs where they had to negotiate an obstacle course of orange cones with tennis balls. The rules were simple, the person with the fastest time wins. Downed rail and dropped tennis balls were converted to second. Steve Guerdat had blazing speed both over the jumps and in the car and took home the top prize as well as a brand new Dodge MegaRam truck. I don’t even want to think about that gas bill in Euros!

Finally, the headliner event, and you could feel the tension as the riders walked the course on some of the world’s best footing brought in from England especially for the event, called “perfect” by some of the riders. After the announcement of the odds carried by the Las Vegas Hilton’s Superbook, the event was underway and it was clear that everyone had come to win. The course was interesting and tough and saw only six combinations negotiate the first round without fault. The jump-off looked like a venerable “who’s who” of the sport: Pessoa, Michaels-Beerbaum, Whitaker, Kurten, Nieberg, and Skelton. In the end, it was Pessoa and Baloubet de Rouet who flew over the course just fast enough to take home the top prize of $250,000, over Nick Skelton and his beautiful stallion Arko III. “I don’t think there was any way to catch Rodrigo tonight, I don’t have a horse with that kind of experience,” Skelton said. Clearly the Brazilian combination put their skill and luck together yet again in Las Vegas and showed everyone why they continue to dominate in sport of show jumping.

With an FEI CSI-5* designation, a team of show jumping experts both in production and course design, and some of the world’s best equestrians, only time will tell whether the Las Vegas World Invitational has the chance to succeed at bringing show jumping to North America’s sports crazed citizens. You can watch a 90 minute broadcast of The Las Vegas World Invitational on CBS New Year’s Eve day, directly preceding the national airing of the Denver Broncos-San Diego Chargers football game.