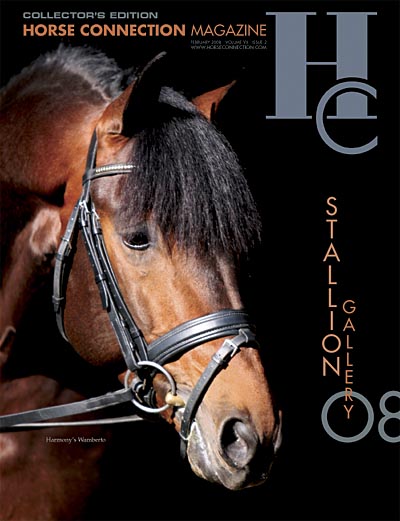 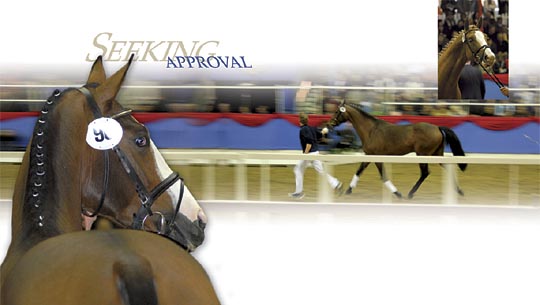 All photos by Geoff Young

According to several studies, the most dangerous jobs in the world are mining, logging, commercial fishing, structural metalworking, and flying planes. They need to add another job to that list – handling young stallions during the Oldenburger Hengst-Tage (Stallion Approvals). At least that was my observation during the Oldenburg Stallion Days in Vechta, Germany, but we’ll get to those handlers in a minute.

Every year, the first of October is the day of reckoning for Germany’s young Oldenburg stallions because that is when the best from a group of approximately 350 two and a half year olds are selected for the “Haupkorung” or Main Stallion Approvals. Approximately 70 candidates receive a ticket for the main licensing on the occasion of the Oldenburger Hengst-Tage that takes place at the end of November in the Oldenburg Horse Center in Vechta.

This show is the highlight of the annual Breeders calendar and gives the breeders the opportunity to show and buy the best stallion and improve the quality of their breeding operation.

All of the stallions pre-selected are quality horses, and the selection process is not based on ability alone. A stallion could jump the moon but if he is not 100% correct he won’t be approved. At the pre-selection the stallions are judged first in the free jumping. Following that it is decided if the stallion will be shown again on the pace and trot-in-hand conducted on a hard surface, usually pavement. After that the horses are judged in the pace ring. Then a decision is made whether to invite the stallion to the inspections.

Only those stallions with superb jumping technique, conformation, movement, exterior type, and total impression have a chance of being approved by the Commission. A stallion that is not approved can still fetch a good price at auction and can still be an exceptional competition horse, but the approved stallions are the ones that the top breeders want to get their hands on. The highest quality stallions are rated as Elite and from this group a champion is crowned. After the inspections, the stallions, those approved and those not, are put up for sale at the festive
stallion auction. 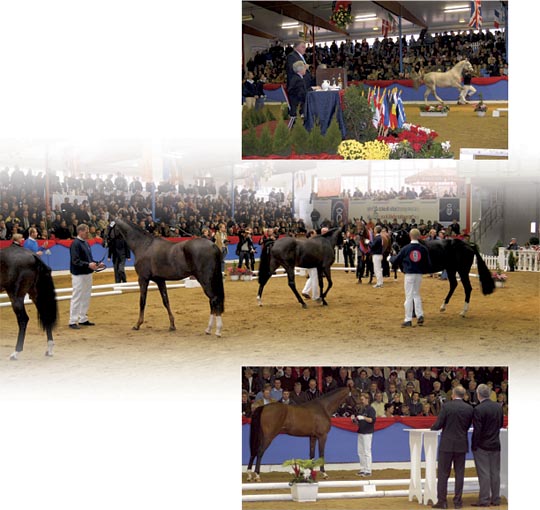 The market for a good breeding stallion in Germany is huge. By comparison, 60 breedings a year would be fantastic for a stallion in the U.S. In Germany, 600 breedings would be a good year. While we have associations to promote breeds in the U.S., they don’t come close to the support system the organizations in Germany offer. To have a stallion selected for the German auction is a huge honor and brings prestige and credibility to the owner.

The Oldenburg Verband was sold out as an excited crowd of 4,000 guests from Germany and abroad waited with anticipation for the free-jumping phase of the inspections to begin. One by one, the young stallions were presented and then sent through a jump chute with three jumps, each one progressively higher. The stallions really put on a show and their exuberance was apparent as they cut and galloped around the ring before being funneled into the jumps.

The spectators treated these horses like superstars with thunderous applause after each jump, which in turn startled the young horses, making it a challenge to get them back under control. One horse really wowed the crowd by clearing the highest jump with at least two feet to spare. This horse clearly out jumped the others but was not approved! The judges, I was told, conferred and agreed that it appeared that this horse was not jumping naturally.

The following day the stallions were brought back to be shown on the trot in hand. Imagine for a moment if you will, thousands of people clapping to loud music in an intimate closed arena, and then trot out two-year-old stallions and see what happens. This is where the handlers make their debut. 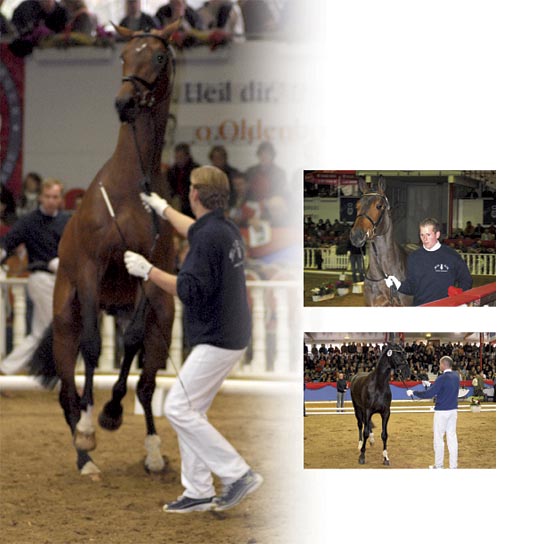 The handlers would come running out with the stallions, and as the horses trotted past the judge’s podium, something startled them, maybe the banners and flowers, and probably the noise, and the horses would veer away crushing the handlers against the sides of the arena. Many a handler got smushed between the stallion and the boards as they trotted around. One poor fellow got sandwiched so many times and thrust to the ground that he gave up and left the arena. I can’t imagine how many bruised or broken ribs were treated the next day.

And if you weren’t being crushed, you had to bring rearing stallions under control in a ring filled with many other rearing stallions. It was exciting and scary all at the same time. Christoph Hinkel from the Schockemohle Station in Muhlen was awarded a special prize for doing the best job of presenting young stallions. All of the handlers should have been given the medal of valor as far as I’m concerned.

After the trot-in-hand, the approvals were made and then the Elite stallions were chosen. From this group the champion was crowned. The 2007 Oldenburg Champion Stallion was a Sandro Hit-Donnerhall son who was sent off on the honor round to wild applause. This Champion was then
sold at the auction commanding an impressive 340,000 Euro price tag.

Of the 58 young stallions that were up for approval, 39 were licensed and therefore approved for breeding. Sandro Hit ranked at the top of the list of sires with a total of five approved and three Elite sons.

The finale to the Oldenburg Stallion Days was the auction, and it was exciting as the top stallions brought about frenzied bidding from breeders all over the world. The total sales of the 29 approved and non-approved stallions offered for sale reached 1,686,000 Euros, with eleven sold abroad.

“An unbelievably strong moving crop of young stallions was presented in Vechta this year,” said Oldenburg’s Breeding Director, Dr. Wolfgang Schulze-Schleppinghoff, who was obviously very pleased. “This year’s Champion Stallion stood out because of his self-assured manner in all phases, outstanding gaits, and a most noteworthy walk. With such a significant dam line, he also has the best genetic elements in his pedigree.” 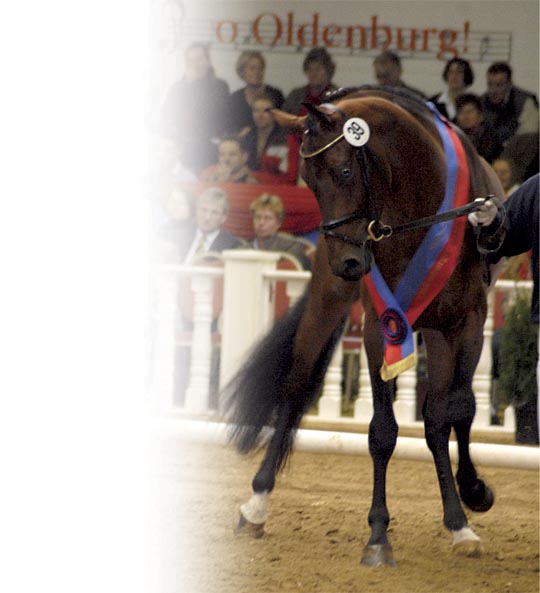 As far as the marketing was concerned, the legendary auctioneer Uwe Heckmann pointed out the special situation in Oldenburg. “Many of the stallion stations raised their own youngsters with the intent that a good number of the most interesting young stallions would not be put up for sale, but would stay with the breeders. The very good results of this auction are particularly spectacular for this reason.”

This horse show had all of the excitement of a grand prix, an elite auction, and a rodeo with bucking broncs all rolled into one. It is the highlight of the breeding year and a highlight for anyone fortunate enough
to attend.